FREE SHIPPING USA orders $75+ & International orders $250+! Plus everything you need to know about 4th of July Big Sale! 🇺🇸 →

The Universal Birthday for Rescued Dogs

In 2008, the first day of August was declared as the National Birthday Day for shelter and rescued dogs. It is a well-meaning birthday pawty celebrated for adopted dogs whose exact birthdays are unregistered or not recorded. This dog-centric event was asserted by the North Shore Animal League, who is currently the largest no-kill animal rescue and adoption organization globally. Supported by Yasuko and Akira Yamaguchi, popular Japanese restaurateurs of Port Washington, New York, along with other invaluable members of the board, Animal League continues to advocate for homeless animals and calls for compassion, volunteerism, and adoption. So along with their advocacy to end the killing of innocent animals and their mission to conduct hands-on rescue and rehabilitation to save the lives of as many companion animals as possible, the organization promotes DOGust by conducting further efforts such as free adoptions and donation drives. Dogs are loved and are universally recognized for their intelligence, loyalty, and fierceness as a defender. As we welcome the beginning of a new month, let’s not forget our friendly fluffy companions and join the celebration! To join in the spirit of this special occasion, we have searched and found some fountain pens with unique detailing and incorporation of the dog in their design. Sharing with you these different versions of limited-edition fountain pens as tribute to dogs who symbolize loyalty, integrity, and devotion. 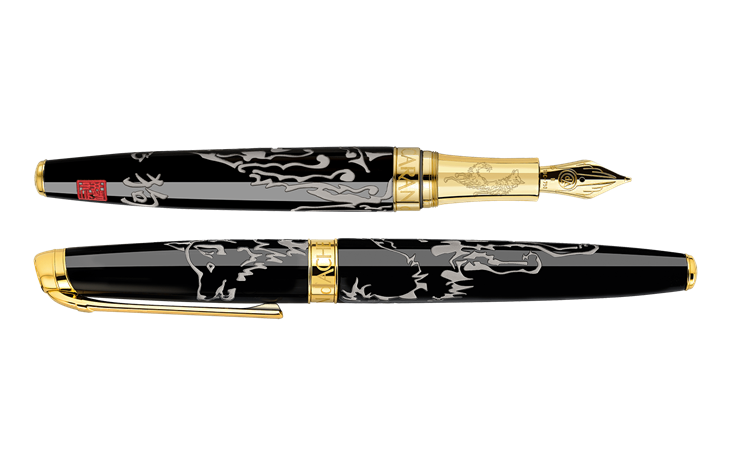 This pen is closed with a cap with gold plated clip and button while its nib is made of hand-polished 18-karat yellow gold. The body is made of brass and covered in glossy black polished Chinese lacquer with the Chinese calligraphy of the Dog. This fountain pen writes through a piston pump mechanism.  You can find the ring engraved with the Swiss made logo coming right from Geneva.

This is another Zodiac Year of the Dog themed fountain pen design, made of 18-karat solid gold nib. The body is finished with a black lacquer coat and 23-karat gold accents. It has a deep-etched dog design seen along the barrel and cap. Its cap is finished with an inlaid Swarovski crystal. An Italian-made Zodiac Year of the Dog themed fountain pen. Its nib is made of 18-karat medium gold nib while both clip and body are finished with sterling silver. This limited-edition pen is decorated with stunning die-cast overlays on precious black resin and writes through a piston filling system.

A limited-edition pen in collaboration with Nakaya for Classic Fountain Pens’ 23rd Anniversary. Only 23 numbered pieces exist. Its cap and barrel have been hand-turned from naturally harvested ebonite hard rubber while its roll-stopper has a remarkable accent of a German Shepherd in a relaxed curled pose. This fine pen is complimented with a 14-karat solid gold nib. You can see Kanji characters for "Classic Fountain Pens" along the reverse side of the barrel beside its limited edition number.

This is made by Pilot and features a Tanuki which is said to be a talisman because they bring prosperity and good luck. It can be seen significantly in Japanese folklore, art, and sculptures throughout history. Set to have only 300 pieces available worldwide, this pen is carefully crafted and engraved by celebrated artisan group-Kokkokai.

You can find it with the traditional Namiki number and artisan signature. It has a 18-karat gold nib with rhodium accents that features the customary Mount Fuji illustration. You can fill it by using a cartridge or a converter. See them packaged in an elegant box with a signature and instruction card inside. 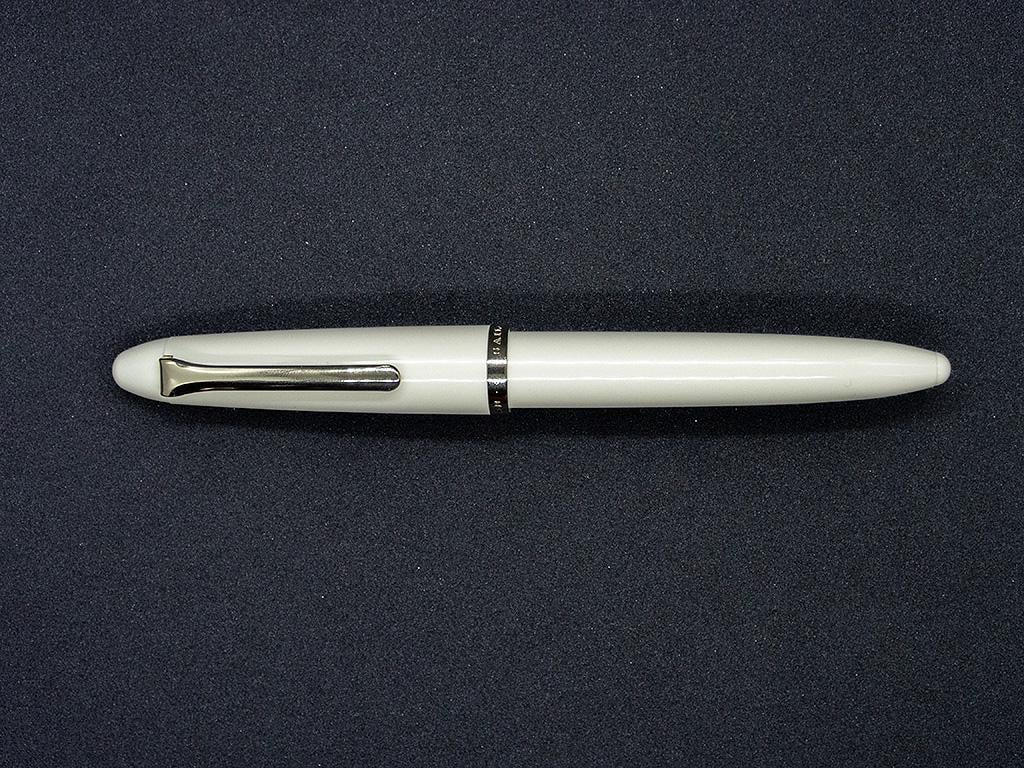 Write smoother through its converter pen mechanism. See it glide across paper, more special with a Hachiko image etched on its gold-plated nib. The appeal of this pen lies in Hachiko who is known in Japan and beyond as the faithful dog that showed unconditional love for his owner. It’s an extraordinary and heartbreaking story popular all over the world. Hachiko is immortalized as a statue in front of Shibuya Station and his remains can be visited at the National Science Museum of Japan in Ueno, Tokyo.